Since Brody’s book (A Beauty Uncovered) was released, I’ve gotten a lot of fan mail and questions on facebook and Twitter about the series. Namely, when is the next one and will we find out what’s going on with that dead body??

Here is the short answer. Good news – Yes, you will find out what’s going on with the body. Bad news – You’re going to have to wait a while.

Due to scheduling and situations outside of my control, the series has been spaced out a little farther than you (and I) would like. Both books have been written and turned in. As the schedule currently stands, Xander’s book will be out in September and Heath’s book will be out in October 2014. That means you’ve got a couple months to kill before you find out what happens, but when the time does arrive, you’ll get both books back to back! 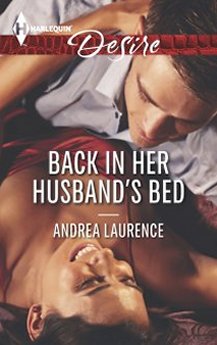 I know! It feels like forever, but it will be here before you know it. In the meantime, I have two other releases to help you fill the hours. My February book BACK IN HER HUSBAND’S BED is set amongst the glitz of Vegas and just received a 4 1/2 star review from Romantic Times Magazine! They said “With great dialogue & an intriguing storyline, Laurence’s latest is a well-written hit from start to finish!” Not bad, huh?

For those of you that read my second book MORE THAN HE EXPECTED, a familiar character is returning in my April release HIS LOVER’S LITTLE SECRET. Sabine, the purple haired yoga instructor with the young son is returning and so is her son’s father! This book is part of the popular Billionaires and Babies series.

I hope you’ll enjoy both those titles and if nothing else, you can re-read Wade and Brody’s stories so they’re fresh in your mind when the series continues!

9 thoughts on “The Secrets of Eden Series”